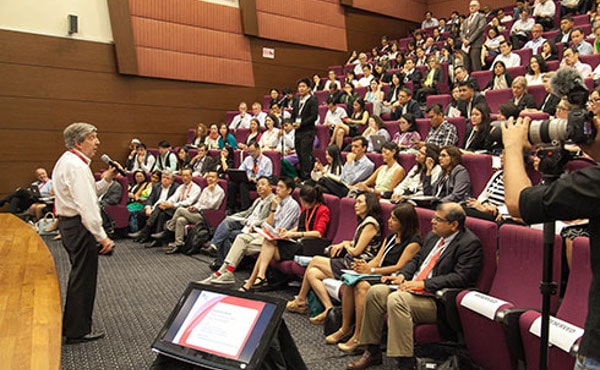 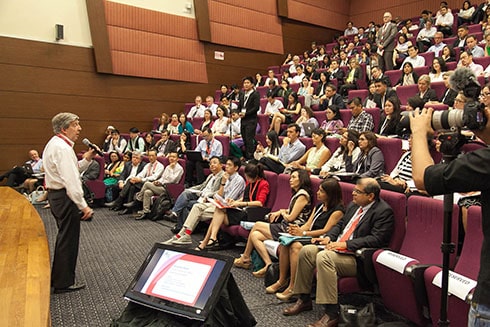 The AVPN conference 2014 embodied the true spirit of what AVPN, the Asian Venture Philanthropy Network, aims to do – creating a greenhouse in Asia with the suitable conditions and right players to interact for social investing in Asia to grow through information-sharing and networks. And the numbers speak for themselves. For three days, from 14-16 May 2014, 390 delegates representing 29 countries and 244 organizations from foundations, government organizations, private equity firms, private banks, and other major players in the social sector, came together at the conference. All united by the common goal for making social impact in Asia.

The stage was set right from the start, with the AVPN Connector launching a few weeks before the conference. A custom creation for delegates, it is a virtual network for our conference, allowing delegates to view and connect to each other based on information on their profiles that the AVPN team had amassed from the World Wide Web. The AVPN Connector also allowed targeted networking, with a special function to search based on mutual sector and country interests. A huge hit with more than 250+ delegates signing on and 160+ connections being made, many of these connections went from virtual to reality, resulting in many business meetings (and few empty coffee tables) at the conference. We are planning on making it a mainstay for AVPN members and will launch Version 2.0 in the next few months.

Information–sharing was the order of the day. As Crystal Hayling, Board Member of Lien Centre for Social Innovation, said in the opening plenary, “we need to have more dinners. Host a dinner and invite some social entrepreneurs. Pull together a small, brown-bag lunch. To talk in informal ways, is absolutely critical to building the trust“.

In the parallel sessions on Day 1 that explored the three pillars – Human, Intellectual and Financial Capital, topics ranging from incentives for senior corporate volunteers to more cost-effective and efficient due diligence were explored. Common problems across Asian countries were also hashed out in the sessions.

In the Human Capital Intermediaries session, Cliff Prior from UNLtd, and James Chen from Retail Solutions Inc, raised the pertinent issue with hiring in Asia. They discussed the outdated notion of emphasizing employee loyalties in the Asian business culture, and concurred that the cultural and familial expectation for Asian youths to have high earnings was a major deterrent for Asian youths joining the social sector. As both the speakers and audience acknowledged and affirmed these problems, possible solutions were suggested and potential cross-country collaborations were hatched in the discussion room.

Another running theme in the conference was that giving is still a very much localised practice to each country and there is an uptrend in private-family/ religion-affiliated giving. The younger generation of wealthy families are hatching and executing ambitious plans to change the landscape in their home countries, as evidenced by the closing panel of speakers in Families in Philanthropy, including Kyungsun Chung from Root Impact, and Bhairavi Jani from SCA Group. As Setsuko Ogata from Nissan Global exclaimed, “I have learned so much today, and am inspired to bring all these learnings to Japan.” 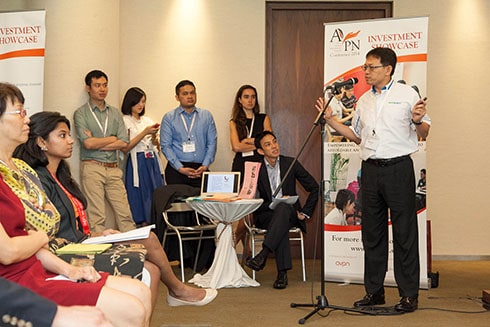 Sharing was not just limited to the funders. The Social Investment Showcase and pitching sessions, co-hosted by the Hub Singapore, featured 8 outstanding social enterprises based in Asia that touched on different sectors. We learned about the problems that these Asian social enterprises were trying to address and the unique solutions they propositioned, such as dance therapy for sex victims in India by Kolkata Salved. The winner for Best Pitch of the Day went to Thriive, which bases their unique micro-lending pay-it-forward model in Vietnam.

Organization for Economic Co-operation and Development (OECD), Aspen Network of Development Entrepreneurs (ANDE), Forum for the Future, Lien Centre for Social Innovation, as well as the National Council of Social Service (NCSS) in Singapore, also held private events on the third day of the conference. Avenues for cross-sectorial cooperation of philanthropy with international development organizations and the government were discussed at the OECD and NCSS round tables respectively. As Jonathan Jenkins from Social Investment Business in the UK said, “Government engagement is important. It is frustrating, but it’s the most impactful. It is the only way we can achieve scale and systemic change”.

All in all, the conference promoted a culture of information-sharing about social investing in Asia and many delegates went away with many more connections, which hopefully will go a long way beyond the conference.

We leave you with a few quotes from our delegates.

“Congratulations on a terrific conference! I really enjoyed it. I met some great people, had some good conversations, speakers were excellent and I know that others felt similarly.” – Ruth Jones, Social Venture Partners Network

“People were inspired, energized and felt they made really good connections. We are all looking forward to reconvening for next year’s conference! (Can we register yet?)” – Abbie Jung, Synergy Social Ventures

“Congratulations on a first class conference, from my observations it was very well programmed, organized, executed and a great opportunity for so many people to connect. The generous amount of networking time that was allocated was appreciated by many as this is one of the key attractions of such an event, time to meet many people throughout the sector. I myself met more than ten people that I will progress discussions with in the coming weeks.” – Mark Sayer, IIX

A Virtual Dialogue: Addressing the Crisis through Solidarity & Partnerships