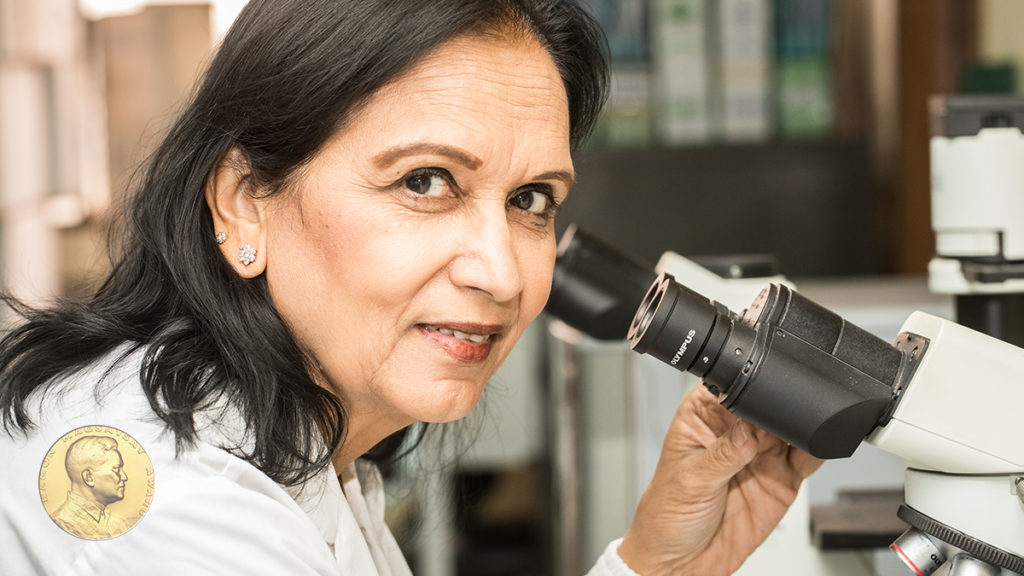 Since time immemorial women have been dedicating their lives to many facets of livelihood many of which have needed the craft, ingenuity and dedication intrinsic to women. Women have had significant roles in the development of pottery, weaving and agriculture.  Even humanity’s entry into the medical sciences and engineering was influenced by women.  Thus, women have always made contributions to science, mathematics and medicine.

However, over time, women’s contribution to technology has decreased leading to today when we have a very low percentage of women in Science, Technology, Engineering and Mathematics (STEM).  Has this arisen due to the evolution of the concept that women were the weaker sex in terms of aptitude, intelligence and technological capability?  We are expected to take on the role of the homemaker; women who wish to pursue their own career end up taking all the responsibility of raising a family, forgoing their careers and self-fulfillment.

At present, there is an unprecedented number of  girls and women enrolled in educational institutions globally. We are in schools, colleges and universities pursuing up to postgraduate studies.  Unfortunately, many of us women still lack the same opportunities as men to have an independent career or benefit from an education of our choice.  Too many girls and women are held back by gender biases, social norms and familial expectations influencing the choice of a career track.  We often lack the basic support of our families, and many of us do not know how to balance the  different aspects of work and home.

We are therefore particularly underrepresented in STEM careers.  Globally, women make up only 33 % of researchers.  Many of us settle for occupations that allow us more time at home – flexible hours which are difficult or impossible for STEM-related work.  As women marry and have families, more barriers are created and our distance to a STEM career increases. In a developing country setting,  it may be  difficult for a woman to work alone for long hours doing field or laboratory work because of lack of safety, but more so because of the lack of social acceptance of women in  science.

As a woman in STEM, I attempted to overcome these manifold obstacles to become a leader in STEM in a low and middle-income country (LMIC) setting.  I started my professional career in science after obtaining my PhD.  At this point, I was already married with three children.  The pressure was, as expected, tremendous but I persisted.

You see, I always believed that a woman has the capacity to conceive, share and execute ideas, and collaborate on them.  In many instances, women perform as well or even better than our male counterparts. The woman scientist has a limited number of hours to dedicate to research in the laboratory during the day, so every minute needed to be taken seriously and with perfection. This approach led me to target scientific problems differently and still ended up with equally good results.

In my long career in STEM, I discovered two things: 1) the most effective way to progress was to apply multiple solutions and ideas to the same scientific problem; 2) complete dedication, hard work and focused interest, and the sheer joy of participation in science and technology was the only way forward and what has kept me moving to this day.

To increase women’s participation in careers in STEM, it is important to take various steps at the individual, community and state level.  In the past three decades, we women have been introduced to microcredit and to adult education, among other things, to make ourselves self-sufficient and independent.  Now is the time to step up and to move forward and increase awareness and create interest in women to pursue science and the values of a scientific career.

There are many fears about science education among primary school students, especially among girls, and these need to be dissuaded early on.  Through various meetings and gatherings, awareness about our contributions and and our potentials in science need to be initiated in schools and colleges prior to girls having formed ideas on their role in life.  The curriculum in the institutions need to be made science friendly and special encouragement be given to girls. Apart from this, campaigns can also be run on various social media platforms and dedicate days in the year dedicated to such awareness.

Research institutes and special scholarships can make women more involved in science.  In developed countries, various organizations are being formed for this purpose. We need these in our developing country settings.

To actively nurture the next generation of leading female scientists, it is necessary to design more gender-responsive policies and mainstream gender into science and research. We need more female role models to show how science can change our thinking. In celebration of International Women’s Month and in my lifelong pursuit of developing women scientists in Asia, I am willing to help in this respect to elevate the women to gain power by pursuing a career in science and STEM.

A Bangladeshi scientist who has been instrumental in discovering vaccines that have saved millions of lives, DR. FIRDAUSI QADRI, born to a middle-class family that encouraged women to pursue an education and a career, decided to specialize in medical research.

Earning a degree in biochemistry, and culminating in a doctorate from Liverpool University in the United Kingdom, she was set on working for her homeland – teaching in a local university and eventually  joining the International Centre for Diarrhoeal Disease Research, Bangladesh (icddr,b), an international health research institute based in Dhaka. Here, Dr. QADRI focused on communicable diseases, immunology, vaccine development, and clinical trials.

In 2021, DR. FIRDAUSI QADRI received the Ramon Magsaysay Award, Asia’s premier prize and highest honor, for “her passion and life-long devotion to the scientific profession; her vision of building the human and physical infrastructure that will benefit the coming generation of Bangladeshi scientists, women scientists in particular, and her untiring contributions to vaccine development, advanced biotechnological therapeutics and critical research that has been saving millions of precious lives.”

How Social Sector Donors and Investors Can Leverage Data and Technology for Good?