Welcome to the first news update from AVPN since the launch of our Member Directory with now 110 Founder Members from 18 countries.Our “AVPNews” updates will be published quarterly to bring our members, active VP supporters and followers up to date with developments in VP and social investment in Asia. It includes news from AVPN and news about our members. AVPNews complements more regular news postings on the AVPN website and other channels.>>> Full article here. 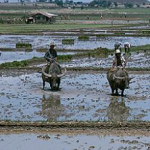 In 2011 the World Bank Institute marked the 10th anniversary of the Development Marketplace. The programme was set up to provide early-stage funding to innovative social enterprises through a range of annual global and national-level competitions. Over 300 global winners have won US$200,000 each in grant funding.– Photo from Development Marketplace website>>> Full article here.

Lowell Weiss has worked in both public office in the US – as Special Assistant to President Bill Clinton – and in philanthropy for the Morino Institute and the Bill & Melinda Gates Foundation before founding his own organization, Cascade Philanthropy Advisors in 2008. Next month he will deliver a series of workshops for AVPN on the art and science of effective philanthropy. Lowell has been described by Bill Gates Senior as ‘a gift to the world of philanthropy’.In advance of his Asia workshops, AVPNews talked to him about his work with Gates, the unique perspective his experience in both the public and social sectors has given him and the role of, and challenges facing, philanthropy in an age of austerity.>>> Full article here. 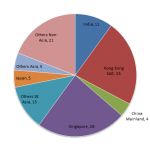 At the heart of AVPN’s network are the member organisations. By mid-June 2012, after our launch and initial recruitment campaign, AVPN had reached 110 Founder Members from 18 countries. This is significantly more than expected and provides a strong platform for future growth. AVPN is building a network from the ground up in Asia and 80 per cent of the founder members are based in Asia Pacific.>>> Full article here.