The Quest for Collaboration in Asia 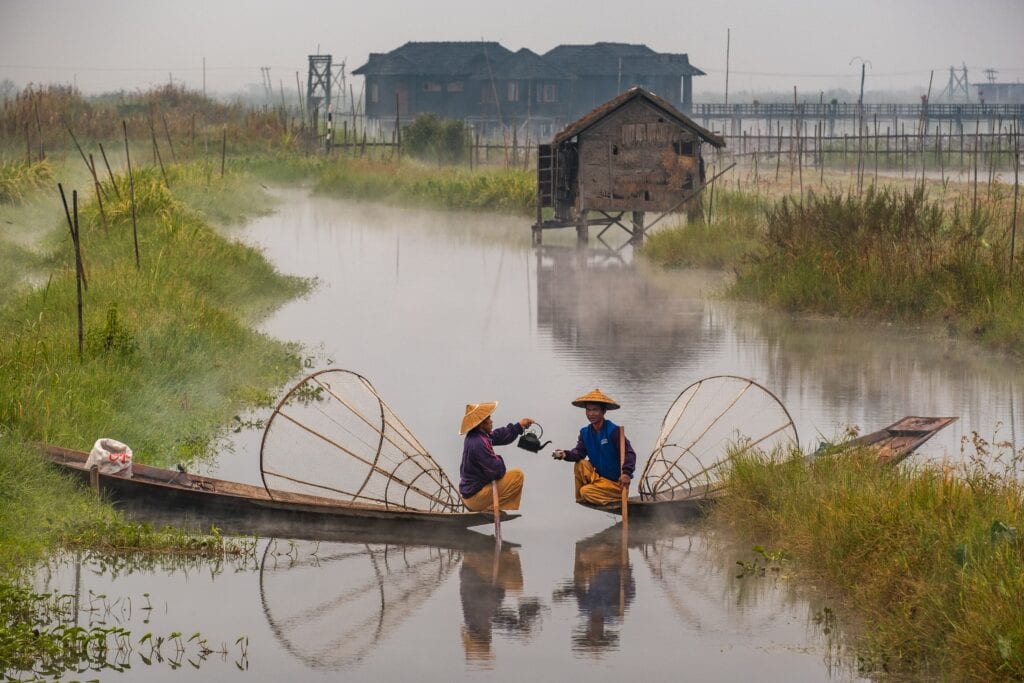 The potential advantages of far-reaching collaboration underpinned AVPN’s conference in Singapore. But it is a virtue more often preached than practised.

Underlying all the themes at the recent AVPN conference in Singapore was the idea of partnership and collaboration. It was almost a leitmotif of the whole proceedings and was present by implication in the conference’s overall aim – breaking the boundaries between social and more mainstream finance and encouraging cooperation along what AVPN calls the continuum of capital in pursuit of social goals. What the conference also showed, however, is that collaboration is a virtue more often preached than practised. Yet, the advantages appear self-evident – greater concentration of funding on key areas, a greater pool of expertise and experience to draw on.

Among the conference speakers who played on the collaboration theme were Singapore’s minister for environment and water resources, Amy Khor, who stressed that to mitigate the effects of climate change, government ‘can’t do it alone’, and Eileen Rockefeller Growald who noted that her family’s philanthropic strategy has always been about partnership.

“Complex problems can be solved only by cross-sector coalitions that engage those outside the non-profit sector.”

In addition, several collaborative ventures were showcased. Bright Start, a network which aims to end morning hunger and to address the problems of malnutrition and stunting, comprises among others Kellogg, Sesame Workshop and the Breakfast Revolution. Crucial to the success of Educate Girls’ programme to enrol and retain out-of-school girls in India is its working in tandem with the government and local volunteers. On a global scale, Co-Impact is offering a platform for donors to coalesce around the SDGs. In addition to supporting efforts like Bright Start, AVPN launched the Climate Action Platform at the conference as a basis for funders to work together on the most urgent of all challenges.

If collaboration has always seemed desirable, it is now becoming essential. For example, Christine Heenan of the Rockefeller Foundation believes that it isn’t the solutions to climate change that are wanting, it’s the ability to bring them to scale and she sees partnerships as crucial to that. A number of other speakers also emphasised that to meet the eye-watering sums required to achieve the Sustainable Development Goals (an estimated $5.7 trillion of annual investment), funders and investors need to collaborate. Moreover, the SDGs themselves explicitly encourage it.

Eileen Rockefeller Growald: ‘We can and are finding climate solutions together’

It’s not just about money. There is ample authority for the view that complex problems will be solved neither by individual organisations nor even by one sector. In an article in SSIR, John Kania and Mark Kramer argue that ‘social problems arise from the interplay of governmental and commercial activities, not only from the behaviour of social sector organisations. As a result, complex problems can be solved only by cross-sector coalitions that engage those outside the non-profit sector.’

Why not more collaboration?

However, in a breakout session at the conference, which took as its definition of collaboration ‘to pool or align resources towards a shared goal’, only a handful of those present were doing this. A report by the Hauser Institute found that ‘while collaboration may be widespread [42 per cent of the 7,000-plus foundations studied across 13 countries said they collaborated with other philanthropic institutions], there were few examples of strong collaborations over an extended time horizon, or collaboration that includes shared planning and development of substantial activities’. And if collaboration is limited in the same sector, it is still more so between sectors. An earlier Harvard report on collaborations between foundations and corporations noted that these ‘remain relatively rare’. Partnership with governments is patchy globally. In around half the countries in the Hauser study, while 60 per cent of foundations said they collaborated with government, the overall percentage was only 20 per cent. 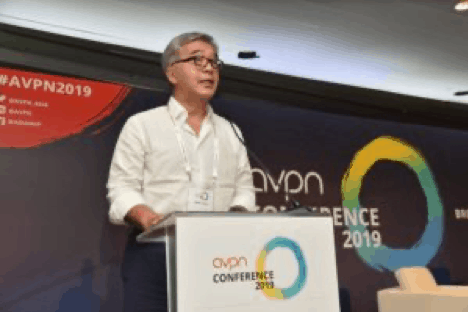 One reason is that the cultures of organisations differ, even in the same sector. Larry Kramer, in a keynote at the Singapore conference, remarked that collaboration is difficult in foundations because decision-making is so dispersed. The essence of business is competition. Corporate foundations often inherit their parent’s distaste for cooperation. Arguably, too, foundations which operate their own programmes are actually turned away from collaboration. Former CIVICUS head, Danny Sriskandarajah even believes that ‘private philanthropy organisations have the least incentive to collaborate and in most of the examples I’ve seen are the worst at it when they do try.’[1]They are almost designed not to collaborate, he argues. They have been set up to be independent.

Between foundations and governments, there is often an element of mistrust. A common complaint from the philanthropy side is that government sees philanthropy as a convenient pocket that it can dip into to supplement the public purse. In other countries, social welfare has traditionally been seen as the province of the state, with private initiative discouraged.

It should also be noted that many foundations aren’t well staffed and don’t have the skills to create and maintain collaboration. ‘It’s not one of those things you just do – to be successful at collaboration you have to be very mindful and trained,’ argues Hilary Pearson of Philanthropic Foundations of Canada. 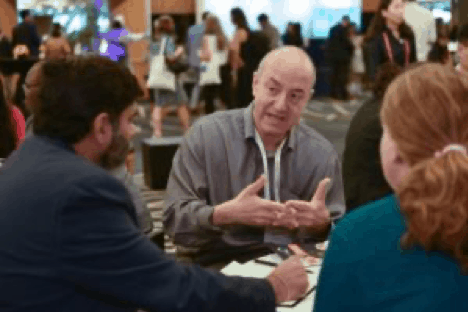 This highlights the fact that there are at least two levels to working in collaboration. You not only have to do the work that the collaboration sets out to do, you also have to manage the partnership. ‘It’s a big effort in time to get donors to work together,’ remarked Anne-Marie Harling of Co-Impact.

The issue of power

Undoubtedly, though, the major stumbling block around collaboration is power. Collaborations are seldom collaborations of equals. In an article in SSIR, Jon Huggett calls power ‘the secret sauce of non-profit collaborations’. He goes on: ‘When [they] don’t talk about power and address the implications of power imbalances openly, each party runs the risk of stumbling into (or contributing to) an ugly, counterproductive situation.’  More deeply, though, difficulties in collaboration arise because, even when they acknowledge power deficits or surpluses, organisations are unwilling to set them aside.

“Membership and network organisations have a pivotal role in promoting collaboration – it is at the heart of their aim and operation.”

So how do you address the issue of power and prevent the bigger contributors swamping the smaller ones? On a technical level Co-Impact uses a model where smaller contributors to the general pot can vote on where their funds are spent. What you can’t do, though, Harling says, is have an ‘opt-in, opt-out option’ for every grant. It would be time-consuming and, ultimately, paralysing. You need alignment from the beginning.

The need for humility

Philanthropy veteran Barry Gaberman notes the need for the bigger players ‘to give up a little bit of their sovereignty’. It’s not just that those big fish need to keep in mind the concerns of the smaller ones. It’s important that, if you are in the habit of leading, you are willing on occasion to take a back seat. Citing the case of Gates Foundation’s involvement in the collaboration with WHO and Unicef to eradicate polio, Erin Hughes noted that Gates chose to go where the expertise lay and is happy to join, rather than be in charge where appropriate. 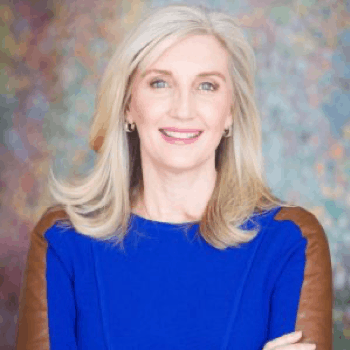 Christine Heenan: ‘Bringing solutions to scale is key to success’

None of the obstacles cited above are insuperable. We’ve already noted a few examples of successful collaboration. Though the difficulties increase when you’re dealing with a completely different constitution and outlook, they can work. The Vibrant Communities initiative in Canada, hosted by the Tamarack Institute, is another example. It now operates in 13 Canadian cities, bringing business, philanthropy and government together at municipal level on poverty reduction strategies.

Membership and network organisations have a pivotal role in promoting collaboration – it is at the heart of their aim and operation, since membership suggests a predisposition to cooperate. If, as Christine Heenan suggested at the Singapore conference, Asia is leading the way in cross-sector partnerships, then AVPN may have a particularly significant part to play. The breadth of its membership means that it already draws the sectors together. That it is aware of this role is shown by both the substance and title of the Singapore conference.

“If you find an individual within an organisation who ‘gets it’, the process of working together can take wings – especially if that person draws a lot of water in their organisation.”

General principles notwithstanding, the details of partnership need to worked out individually. And citing his experience of working with the Rwandan government, James Chen pointed to the importance of finding champions. If you find an individual within an organisation who ‘gets it’, the process of working together can take wings – especially if that person draws a lot of water in their organisation. Halima Mahomed also cites leadership as the key factor in creating and sustaining collaborations: ‘When you find like-minded individuals whose thinking is aligned on the same sorts of goals, collaboration is easier.’ It’s an ironic reflection to end on: individuals might be key to the success of that most collective of endeavours.

[1] Cited in The Global Landscape of Philanthropy, WINGS, January 2018, available at: wings.issuelab.org/resource/the-global-landscape-of-philanthropy.html.

Is sustainable finance the key to the future of Asia?

Overcoming the Barriers to Debt Financing for India’s Impact Enterprises